Battle of the Cokers

I'm putting on a Sunday game at the end of October set in my South Somerset campaign. The game will start with all the players having fought for up to 24 hours, so they are going to be short of ammunition.
I've made up the following rules to cover this;

HMG and LMG ammunition is counted in ‘BURSTS’. Each player will start with a number of ‘Bursts’ for his platoon. As his HMG/LMGs fire then 1 burst is crossed off his Burst tracker.

These are my catholic royalist's, a well used unit I want to remake using newer figures. All the figures have been converted with Empress heads. I will split them or sell them as one lot.

I'm having a clear out of figures I'm not using. As I didn't want to fill up other people's facebook pages with figures I thought I'd put them on here. The figures are all new and have never been used in a game. The prices are £2.50 a figure unless I put otherwise under the picture. I will split groups and all prices are plus p&p. 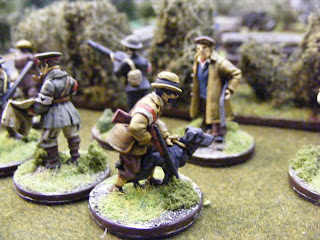 There is no supply chain; no faction controls the whole of the manufacturing processes. This means local commanders (players) are going to have to lead a hand to mouth existence most of the time.
This is still the same if you are operating close to a port, unless the port has enough of the Royal Navy to keep the sea lanes open, supplies are still going to be hit and miss getting to you.
This means all sides will be building/taking over any factories they can to make some of the arms, ammunition and other equipment they need. These will then become targets for every other faction in the area.
Tanks
The supply chain problems will make any tanks and other vehicles you have very important. Losing them should/will have a knock on effect in all your future games.
The tanks of 1938 are no way near as strong as those of 1944/45. They are not much more than tracked skips the size of a Transit van. They are not going to burst through a mature British hedge. More than likely they will be beached on and old tree stump or have track pulled off. Along with the supply problems this will make all tank commanders very conservative in how they fight, as no tankie wants to become an infantryman.
The lack on a supply chain will have an effect on infantry units as well. The Lee Enfield rifle may have a range of 1000 yards, but if your troops only have 40-50 rounds each, then they are going to hold their fire and not engage an enemy until the range is 200-300 yards. This is going to be even more likely if the unit is a half trained militia unit.

Trying to control large areas with little or no fuel for vehicles will mean commanders going using a lot of bicycles and going back to the horse. Almost all commanders are going to raise mounted infantry units as a way to cover as much ground as possible. 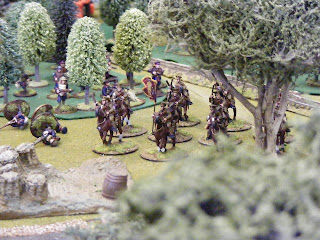 Introduction
The Leighton Buzzard Defence Force started the civil war very short of arms and ammunition. To improve things they have done an arms deal with some Londoners, the Mitchel brothers. Unfortunately the local BUF have got wind of the deal.
Ground
A farm is in the centre of the table, with a road running down one side. The farm has a main house and some out buildings. There is a track leading away from the farm across the fields on the other side of the road from the farm. The rest of the table is fields, orchards or small woods.
General Situation
There are 4 Lorries parked in the farmyard.
Set-up
All sides need to draw a map of their deployment
MAP- Use a farm from your local area.
Red Forces
Troop List
Platoon Commander with pistol
Platoon Sergeant with SMG
Medic
2x runners
2x 10 man sections each with an SMG and LMG the rest armed with rifles.
1x 10 man section of police (see platoon generator) that are only armed with rifles. This section is reluctant (see platoon generator).
1x armoured lorry
3x vans/ Lorries
Execution
Set up at both ends of the table on or next to the road.
Objective
Capture the arms and as many rebels as possible. 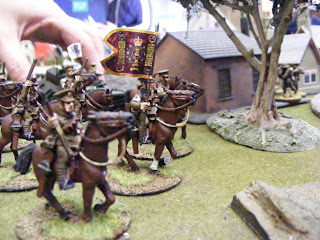 Blue Forces
Troop List
Platoon Commander with pistol, 1 pipe bomb (improvised grenade)
Platoon Sergeant with Shotgun, 1 pipe bomb
Medic
2x runners
2x 10 man sections 1 with an LMG, 4 figures in each section have shotguns the rest armed with rifles plus 1 pipe bomb per section.
Execution
Draw a map of your deployment. One section must be between 12” and 24” from any farm building. 2 of the lorries in the farm yard are yours and a now loaded with arms. Treat the pipe bombs as grenades, but have a 1 in 6 chance of not going off.
Objective
Get the arms off table or destroy/drive off Red forces.

Green Forces
Troop List
The Mitchel brothers= 2 NCOs with pistols, 1 has a pipe bomb.
1x 8 man section with an LMG, 2 shotguns the rest armed with rifles.
2x drivers both armed with pistols (treat as platoon runners)
Execution
You start in the farm yard, you a have 2 empty lorries and a lot of cash.
Objective
Get off the table with the cash and some motor transport. With the arms as well if you can!

Roadblocks and checkpoints are a great way for any side to try and control areas. These roadblocks and checkpoints can also be very exposed and may be attacked.
Ground
The table has a crossroads or T junction at its centre with the roads running to the table edge. The rest of the table is fields with 1 or 2 small woods and small farm buildings.
General Situation
Blue force has set up a roadblock/checkpoint at the junction, with a small covering force as well. Red force is going to attack the roadblock/checkpoint from 1 table edge.
Set-up
Blue force set up at the roadblock/checkpoint, with the cover force within 12in. Red force deploy along 1 table edge.
MAP ( You know the area where you're fighting VBCW, where would you set up a checkpoint?)
Red Forces

Troop List
Red force has a 3 section platoon with an HQ and support weapon.
Execution
Red force dice to see which table edge they start on.
Objective
To clear the Blue force’s roadblock/checkpoint. 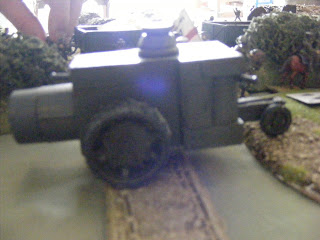 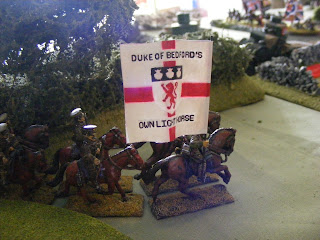 Red Forces
Troop List
A full platoon, but without any vehicles.
Execution
Deploy on a table edge in the middle third.
Objective
Take the farm.

Blue Forces
Troop List
A full platoon, but without any vehicles.
Execution
Deploy on a table edge in the middle third.
Objective
Take the farm.

'When the Day Well?’ Campaign Rules 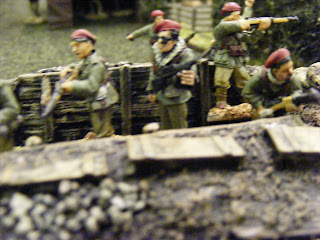 These rules are best when used with WTDW rules and the Platoon Generator, but should work with other sets of rules.
These rules are split in to 3 sections; All, Winners and Losers.
All means just that, all the players before and after the game. Winners means all the players on the winning side, Losers all those on the losing side.

All
First drew up your ORBAT using the Platoon Generator rolling on table 1 and table 2 of your faction.
This is now set for the whole campaign and can only be changed by the fortunes of war.
At the start of every campaign game, dice on table 1 to see if anything has happened to your platoon when it’s been resting. 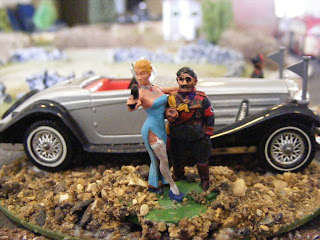 Winners
Winners get 1 of the following;
1. Up-grade your platoon commander.
2. Up-grade 1 section.
3. Gain 1 extra from the platoon specialists list.
4. 1 Roll on your factions table 1. 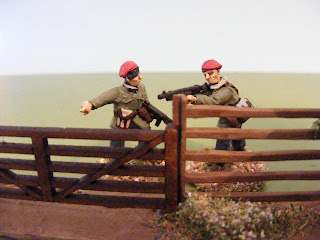